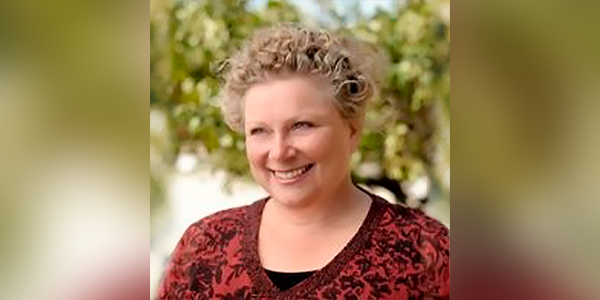 By the time Cathy Dowdell '91 enrolled in Alverno's Weekend College in 1988, she'd already been working at SC Johnson for 15 years. She had started in the mailroom and was working her way up. She knew that having a degree was essential.

A number of people told her it would be difficult to be seen as management material at a company where she'd been so long and they advised her to change companies. Not wanting to leave SC Johnson, Dowdell used her Alverno education to prove them wrong. She spent the next 20 years in market research and three more years in brand management before retiring in 2012.

"Without Alverno, I don't believe that I would have gotten a college degree. I know for certain it wouldn't have been as meaningful or as perfect for me," Dowdell says. "As a result, the rest of my life and the successes I've achieved, I have to share with Alverno."

Her appreciation of her Alverno education prompts Dowdell and her husband, Dick, to contribute every year to the Alverno Fund, which provides student scholarships. It is also why they have set up a planned gift to Alverno.

"I feel I need to give back. My husband shares that belief and he is as much a contributor to Alverno as I am," she says. "When we were talking about making a planned gift, we thought of Alverno as another child. I have a stepson, and we planned for his future in our financial planning. We also planned for our retirement, and we planned for Alverno."

Dowdell says she feels fortunate that SC Johnson financed her undergraduate degree at Alverno and later her master's degree at UW–Milwaukee. She knows that many students don't receive that kind of support, and she feels a sense of responsibility for helping other women experience Alverno.

Coming from humble beginnings, Dowdell never saw herself as a philanthropist until she joined the Alumnae Association Board in the early 1990s, not long after graduation. Sister Joel Read was president at the time, and she helped alums understand the role they play in the future of the Alverno.

"Sister Joel taught me how to think of myself as a philanthropist," says Dowdell, who started by giving smaller amounts consistently. "Even if you start out modestly, if giving is a consistent part of your life over a lifetime, it can grow just like saving for retirement, and you can make a significant contribution."

The Dowdells moved to Montana four years ago, but Alverno and the liberal arts education she received here remain close to Dowdell's heart. After all these years, she still credits the broad experience she got at Alverno with her success in many aspects of her life, and she wants to make sure future generations of women have their own opportunities to become Alverno Strong.

"In this day and age when there are limited resources to support education and art and music, philanthropy fills the gap," Dowdell says. "Alverno can't survive just on tuition. Those of us who care about Alverno need to make up the gap."

Your planned gifts keep Alverno strong. For more information or to discuss options that will work best for you, contact Lisa Pieper at 414-382-6093 or lisa.pieper@alverno.edu.