Alum's Can-Do Attitude Prompts Her to Help Others Achieve 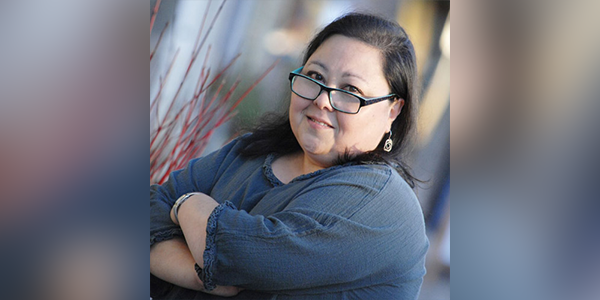 There's a quote Tammie Strause '96 identifies with that states, "She thought she could, so she did." That's exactly how Strause feels about her life and what she learned at Alverno College.

Like many Alverno students, Strause was the first in her family to go to college and, like many, her path wasn't traditional. She enrolled in Weekend College when she was 24 and already working full time. Though it took her seven years to complete her degree in business management, her persistence paid off.

Her degree helped her build a successful career in business, which she enjoyed for more than 20 years. Then it was time to make a change and follow a different passion. She tapped into Alverno's 8 Abilities once again and opened an art gallery in Cedarburg, Wis., in 2012. After five years, she couldn't be more pleased with how her gallery has grown.

Strause still remembers the look on her oldest brother's face when she told him she was opening a gallery.

"He didn't say so, but I could tell by his look that he thought I was insane," she says. "My feeling was: who says I can't do it? There was nothing that said I couldn't do it."

That sense of empowerment developed during her years at Alverno - and it's why she believes in the power of Alverno and attending a women's college. It's also why she wants to empower more women to follow in her footsteps as Alverno alums.

"Alverno was a great experience for me. Since I graduated, I've always felt very strongly about supporting the College," Strause says. "It's so important for women to have a place like Alverno and to be educated with a strong liberal arts background."

As a small-business owner, however, making large-scale annual gifts to Alverno in the near-term isn't feasible. That's why Strause decided to include Alverno in her will.

"I have always wanted to give more money to charities that are near and dear to me," she says. "I can leave a legacy gift Alverno through my retirement savings - and Alverno will always need it."

While she would one day love to start a scholarship, Strause is happy knowing that her planned gift will make a difference for another woman - perhaps even someone like her.

"When I came to Weekend College, I wanted to climb the corporate ladder and I knew an education would help me do so," she says. "I would love to see my gift help another older, more mature woman fulfill her dreams of getting an education."