Empowering Students Now — and in the Future 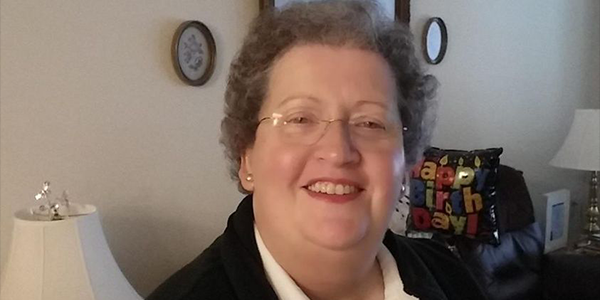 What Judy Gregor '68 loved most about her time at Alverno College was how faculty and staff — and her classmates — encouraged a love of learning.

"There was such a spirit of energy and wanting to learn," she says. "You were really encouraged to take responsibility. That was something new to me — the capabilities of women."

It was a time of women's empowerment and social justice. Gregor says the upper-class students, many of whom were involved in civil rights efforts led by Father James Groppi, became role models to her on how she could use her energy and education to speak up.

"There was an excitement of respecting people of all persuasions. I was introduced to people from all around the world and women who had children and came back to get their degrees," she says. "It made such as good foundation for my nursing career and for being more socially conscious."

When she graduated in 1968, the state was experiencing a shortage of nurses, much like it is today. She and a number of classmates were recruited by St. Joseph's Hospital, where she worked as a medical-surgical nurse before training in rehabilitation. In the 1970s she joined the Visiting Nurse Association of Milwaukee (which merged with Aurora Health in the 1980s and is now known as Aurora At Home). After training at a major cancer center in Houston, she became certified in wound/ostomy/continence care.

"It was very demanding. Sometimes we'd travel 100 miles in a day," Gregor recalls. "I felt so good that I could help somebody. I didn't want to see people in pain. I could help people through health crises."

Gregor's desire to help was instilled at an early age, when she attended St. Michael's parish school and St. John's Cathedral High School before heading to Alverno. She retains strong ties to the School Sisters of Notre Dame, serving as an associate for more than 20 years.

The desire to help strengthened at Alverno, and she credits her Alverno education for providing her with the confidence to take on new opportunities and to keep learning throughout her career. Now retired, she wants to empower Alverno students today and in the future.

"I'm indebted to Alverno and all the people who made Alverno what it is, so I've named Alverno in my estate," Gregor says. "My heart's desire would be to provide a similar experience for students now and in the future."

In addition to including Alverno in her will, Gregor recently set up a monthly gift, becoming part of Alverno's Loyalty Circle. Giving monthly offers her the opportunity to see the impact of her generosity now, while the planned gift will benefit students in the future.

"I know there's a need and at this point I can contribute in some small way and over time it will build and maybe prompt others to think about it too," she says. "It's a good feeling to be able to offer some help for bettering situations."